Imogen rolled the crochet hook between her thumb and forefinger, chewing the inside of her cheek. Her grandmother’s stitches were so precise, so intentional; she couldn’t help but worry her clumsy fingers would ruin them. The YouTube tutorial she watched promised that crochet was a forgiving craft, and that any mistake she made could just as easily be undone. Still, her heart drummed against her chest bone in a taunting rhythm.

When Imogen first stumbled upon gran’s unfinished crochet projects, she had known, as sure as the air she was breathing, that she was meant to finish those very projects. Gran couldn’t, but she could. For gran. But she was less sure now. Imogen sighed, not knowing what she was so afraid of. The insignificant partial scarf in her hands was not gran’s legacy, and yet… it seemed imminently important that she do this, and that she do it right. And then heat rose to her cheeks, because she knew that if gran were there with her, she’d tsk tsk her hesitance. She’d tell her to get on with it. To leap.

Imogen tapped the screen of her phone, and YouTube sprung back to life. She reviewed the steps once more: insert the hook under the first stitch, use the hooked end to grab the yarn and pull it through that same stitch. Then, with two loops on the hook, grab more yarn, wrap it around the neck, and pull it through both loops. Easy Peasy. 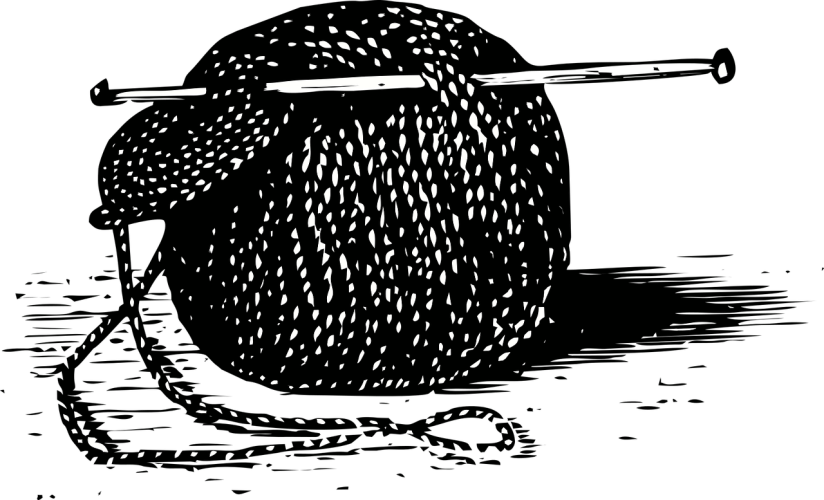 Ignoring the flutter in her stomach, Imogen positioned the unfamiliar tool in her hand, took a deep breath, and leaped.

To her surprise, the movements came to her, graceful, as if she had always known them in another life.

The flutter in Imogen’s stomach morphed from fear to excitement, and a warmth moved through her. Holding the hook, completing the movements, felt like being wrapped in gran’s arms again. It was a feeling she had thought was gone forever. And yet, here it was.

In no time at all, the scarf was complete. Not a stitch out of place. Her own work had seamlessly intertwined with gran’s. It didn’t make any sense, but there it was. Like magic.

Grief, Imogen realized, was a powerful thing. It weakened you in so many ways, but could strengthen you in so many others. Loss necessarily took pieces of you away, but it could also build new bits in those empty places. Really good bits, it seemed.

A year later, as Imogen laid out all of gran’s completed projects on a display table in her very own yarn shop, she tried to imagine what life would be like if things hadn’t gone exactly the way they did. She would be fine, she supposed; still working Quality Assurance for a flourishing startup, hunched over a computer 50 hours a week. She’d wish things were different, but wouldn’t do much to change them. Gran would still be alive, and that would be all that really mattered.

But that’s not how things had gone. And if gran really, truly couldn’t be here, Imogen was glad that Stitch Together was. She liked to tell customers who came into Stitch Together the story of how she found her true calling: crochet. It was a serendipitous tale, and people loved its hopeful sentiment. She did leave out one part of it, though.

Imogen never told anyone that gran’s hooks were the only ones that ever felt right in her hand, and that her stitches always came out wonky without them, but precise and intentional with them. Like magic.

That part, well, that was one last secret that Imogen and gran could share. “Thick as thieves,” she could hear gran whisper at night, “you and me kiddo, stitching together.”