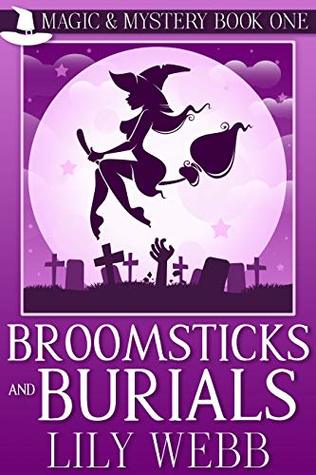 Alright, one last cozy paranormal mystery! These are great if you like murder mysteries, but aren’t a fan of gore… think, a Hallmark channel movie, but with witches and murder. And vampires. Ok – It’s tough to explain, but super fun to read. When Zoe accepts a  mysterious job as a journalist, it takes her from her grandmother’s farm to a town even Google maps hasn’t heard of. She soon learns that’s no accident; the town is a safe haven for Magical folks, or at least it was before the journalist she’s replacing was murdered. Intrigued, Zoe can’t help but dig for answers. Are the witches behind it? Or is it the vampires?

Recipe: Hats & Bats because PB & Chocolate is great comfort food when you might be being hunted by witches and vamps

If you are the type of person who throws on a B-horror or slasher flick mainly to laugh, you want to pick up this book. It crosses that finicky threshold of so bad it’s good. Maybe you’ve even seen the movie (you probably have), but the book is quite different. It was first published in 1973, and then Duncan herself edited it to give it a modern feel in 2010… but it still somehow reads like it’s set in the 50s with the occasional and awkwardly placed cell phone or GPS reference. Yeah – it’s a good eye-rolling time.

Recipe: Candy Corn Cookies because this slasher is a corny delight that you shouldn’t take too seriously