Day 26 – I Am Princess X by Cherie Priest 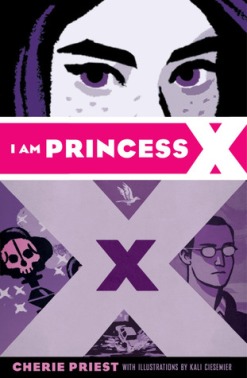 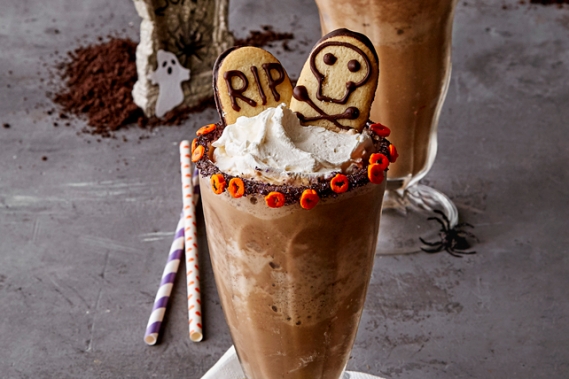 I really enjoyed this mystery. Years ago, May lost her best friend, Libby to a car crash. Since then she hasn’t thought much about Princess X, the heroine of a comic book the girls made together. But when she starts to see Princess X stickers all over town, she just knows it’s Libby reaching out to her. Who else could it be? The question is, is Libby contacting her from the beyond, or is she somehow still alive… and in grave danger? May will stop at nothing to uncover the truth. I love that this is a twisty mystery that has a lot of heart.

Recipe: Halloween Coffee Shake because you need lots of sugar and caffeine when mystery solving

Day 27 – Carry On by Rainbow Rowell

If all you need to feel the Halloween spirit is a touch of magic, Carry On has you covered. Think Harry Potter and the Prisoner of Azkaban, aged up with some foul language and sexual content (I know this statement will annoy some fans, but I think it’s a fair, general statement). It’s Simon’s last year at Watford School of Magicks and things are off to a rocky start. His girlfriend is distant and he’s not sure where they stand. His vampire roommate/enemy is missing, which has him obsessively on edge. And a dark, dark evil is moving in on Watford, with Simon as its target. FYI – This book is also an LGBTQ+ romance ♥ 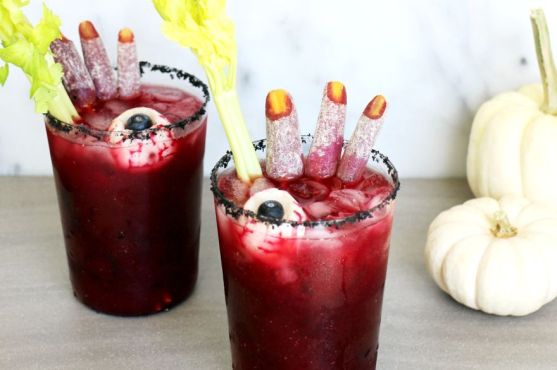 Ok – Time to get gory. This graphic novel series is essentially a Historical Horror Saga, spanning decades, and even centuries. It’s a little bit western, quite a bit supernatural, and a lot terrifying. The idea for the story, as explained by Stephen King in the forward, was to make vampires scary again. He asserts that vampires should NOT be “pallid detectives” or “lovelorn southern gentlemen”, but “Stone killers who never get enough of that tasty Type-A.” Follow the pure evil of Skinner Sweet as he pursues his latest creation, Pearl, through the roaring 20s and beyond.

Recipe: Creepy Beet ‘n Bloody Mary because Skinner Sweet is all about the blood drinkin’