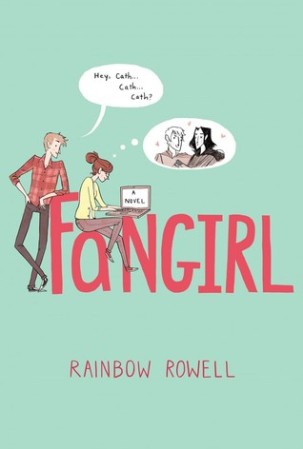 Hi all! A while back I had intended to post a 31 Days of Spooktober Books series, posting about 1 book a day that celebrated the month of October in some way (be it spooky, thrilling or simply autumn-themed), with a fun Halloween recipe pairing. Obviously, I fell behind before I even got started. I experienced a really big loss recently, and to oversimplify, I needed time to begin to grieve (a process I’m not sure ever finishes but, perhaps, evolves). But, in an effort to restore an element of normalcy in my life, I decided to move forward with my Spooktober plan. To make up for missing the first 10 days, I’m posting about the first 10 books all at once, and (hopefully) one a day after that.

FYI – I’m sticking to books I’ve read, and intentionally avoiding obvious choices like Dracula and Harry Potter because if you haven’t read them yet, there’s a good chance it’s because you don’t want to.

I hope you enjoy some of these reads. Happy Spooktober & Stay Strange.

This one is for fans of the slasher genre. If your idea of the perfect Halloween Movie Night Binge includes classics like Halloween, Friday the 13th, or even Scream – you should consider picking up this book. It asks the question, what becomes of the Final Girl? She survived, but does that really mean it’s over? Spoiler alert… it’s not! Hyperbolic, but in a good way. Tropey, but not without twists. And the whodunnit element really amps up in the last quarter.

Recipe: Spider Cupcakes because the protagonist is a baker

Day 2 – The Haunting of Hill House by Shirley Jackson

A classic ghost story from a Masteress of Horror, Shirley Jackson. The Netflix show is great, but don’t let knowing how it plays out deter you from reading the book. The source material is VERY different. While the adaptation did a great job of weaving in elements from the book, reading the original text is a whole new, chilling, experience. A paranormal researcher brings together a group of strangers to stay in an old haunted house, to observe any strangeness, but things quickly get out of control.

Recipe: Tombstone Brownies because ghosts and graveyards go together

Hard left turn here – this one is not at all spooky, but it will speak to anyone who associates autumn with the new school year and new phases of life. Bonus, if October is about NaNoWriMo prep for you, this might help you get inspired, since the protagonist is an avid fanfiction writer who is starting to feel uncertain about making the leap into creating her own worlds. And if that wasn’t enough, Rowell actually wrote the first 60K words of Fangirl during NaNoWriMo. Also, it has a really respectful portrayal of bipolar disorder, and a really sweet romance.

Recipe: Spooky Coffees because college students are powered by caffeine and sugar

Every October, I watch Beetlejuice. Like most people, I always thought of it as a Tim Burton film, but I recently found out the screenplay was written by the late author, Michael McDowell. The friend who pointed this out to me suggested we do a buddy read of one of his works, and we picked Cold Moon Over Babylon. In a word — creepy. The book, two parts murder mystery and one part ghost story, is all about giving the reader atmospheric chills. If you can read this with the lights dimmed in a quiet house, you’re in for a bone-chilling ride. Trigger warnings: death of a young girl and rape. 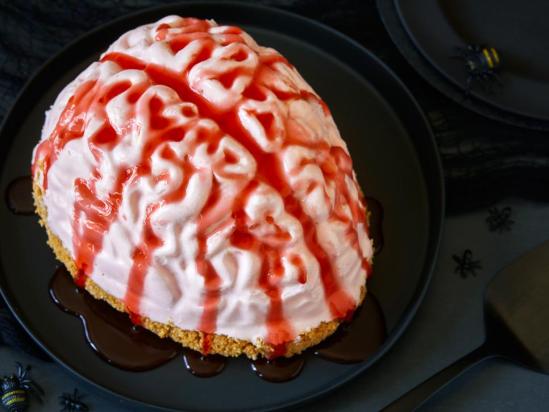 This graphic novel pick is for lovers of horror AND nostalgia. I used to collect Archies as a kid and while I’m sure there are still many adults reading them, I do tend to associate them with childhood. So, for me, this was a really fun way to revisit something from my youth. When Jughead’s dog, Hotdog, dies, he turns to Sabrina Spellman for a “cure.” Only, messing with life and death and the natural order of things has a big, ugly, unintended consequence, and all of Riverdale is paying the price.

Okay, this one is scary, and maybe what makes it even scarier, is that there is no supernatural element. Just a number one fan, who isn’t afraid to cause extreme bodily harm. This is one for people who like to be shocked, sit on the edge of their seats, and who don’t shy away from some violence. The movie is great too, but as usual, the book is better… and scarier. That said, Annie will forever look like Kathy Bates in my head. There’s also an element of gender swap here that I can appreciate, with a male victim, and a female villain.

Recipe: Eyeball Pops because look at that cover!

Day 7 – Let the Right One In by John A Lindqvist 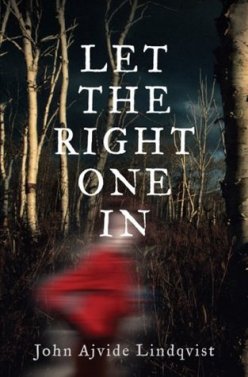 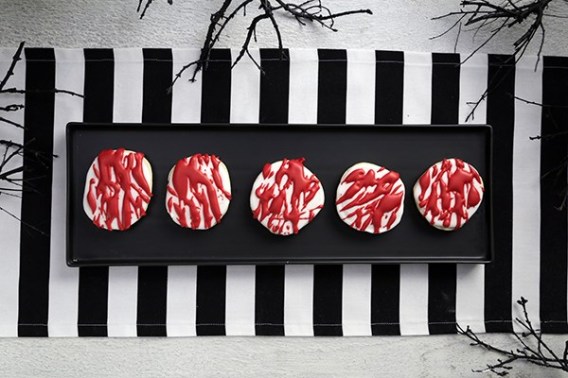 A favourite of mine. A unique vampire story (I know, that seems like an oxymoron), about a boy coming of age in 1980s Sweden. He’s bullied, he’s lonely, he’s frustrated… but he’s also enamoured with his new neighbour, Eli. Eli seems like a mysterious young girl, but there’s a lot more to Eli than meets the eye. Despite her strange insistence that she’s “not a girl,” Oskar can’t help what he’s feeling. But the bodies are piling up, and maybe Eli being different isn’t as big a problem as Eli being… hungry. Trigger warnings for, well, everything. Buckle up (not for the faint of heart).

Recipe: Blood Splatter Cookies because the book can get rather gory 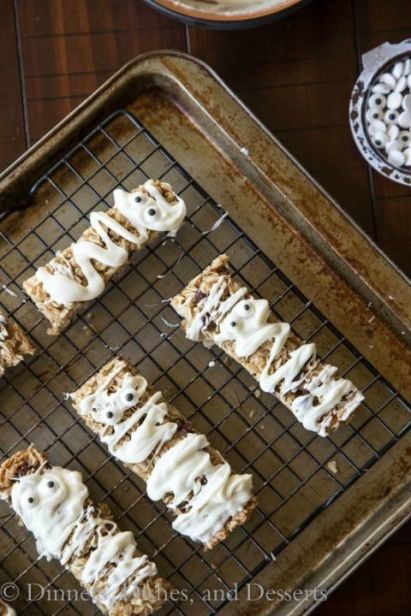 This one is for anyone who gets in the Halloween spirit by channeling their inner child. Coraline is technically a kid’s book, but its Gothic themes and creepy imagery make it a legitimately spooky read at any age. Coraline and her family have just moved to a new town, and she’s feeling lonely and neglected. This leads to wishing her parents were more attentive, more available, and more hands on. But, we’ve all heard the old adage, be careful what you wish for. As it turns out, Other Mother might be the real monster.

Recipe: Mummy Granola Bars because I’m not afraid of a good pun 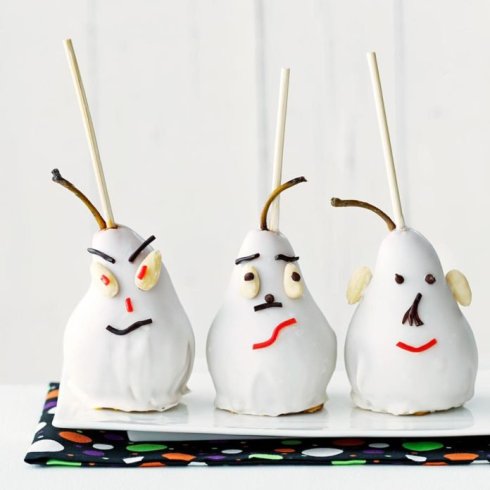 Middle grade fiction can be a fun way to get in the mood for Halloween, since it’s a holiday aimed at kids. While Coraline was about the spooks, this one is more about mystery, adventure, and of course, ghosts. The protagonist is a young girl whose BFF is a ghost that once saved her life. Her parents, paranormal investigators, have some research work to do in Edinburgh, the City of Ghosts, so the family sets off. But while there, she does a little research of her own. Seeing through the veil might make her more special than she thought.

Recipe: Ghostly Caramel Pears because it’s a fun twist on an autumn classic 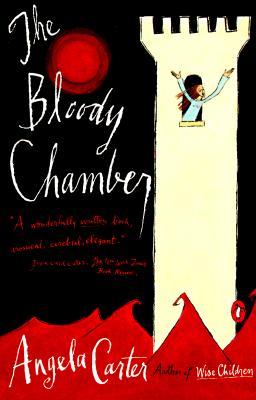 From Poe to Lovecraft, short fiction is a horror staple, so it’s no surprise that I’m putting a collection of dark fairytale retellings on the list. This Gothic collection revisits classics like Bluebeard and Red Riding Hood, and makes them even more chilling. The writing is beautiful and the characters are complex; goes so well with a classical playlist and a strong cocktail (or a strong tea).

Recipe: Graveyard Cocktail because an adult beverage for an adult fairytale feels right

Check back each day this month for one more pick! 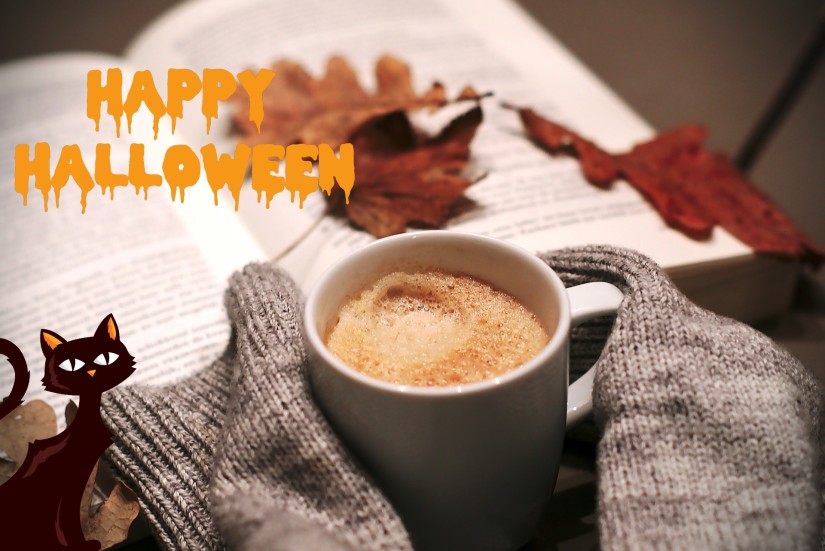